How This Simple Mindset Trick Can Help to Achieve Your Goals 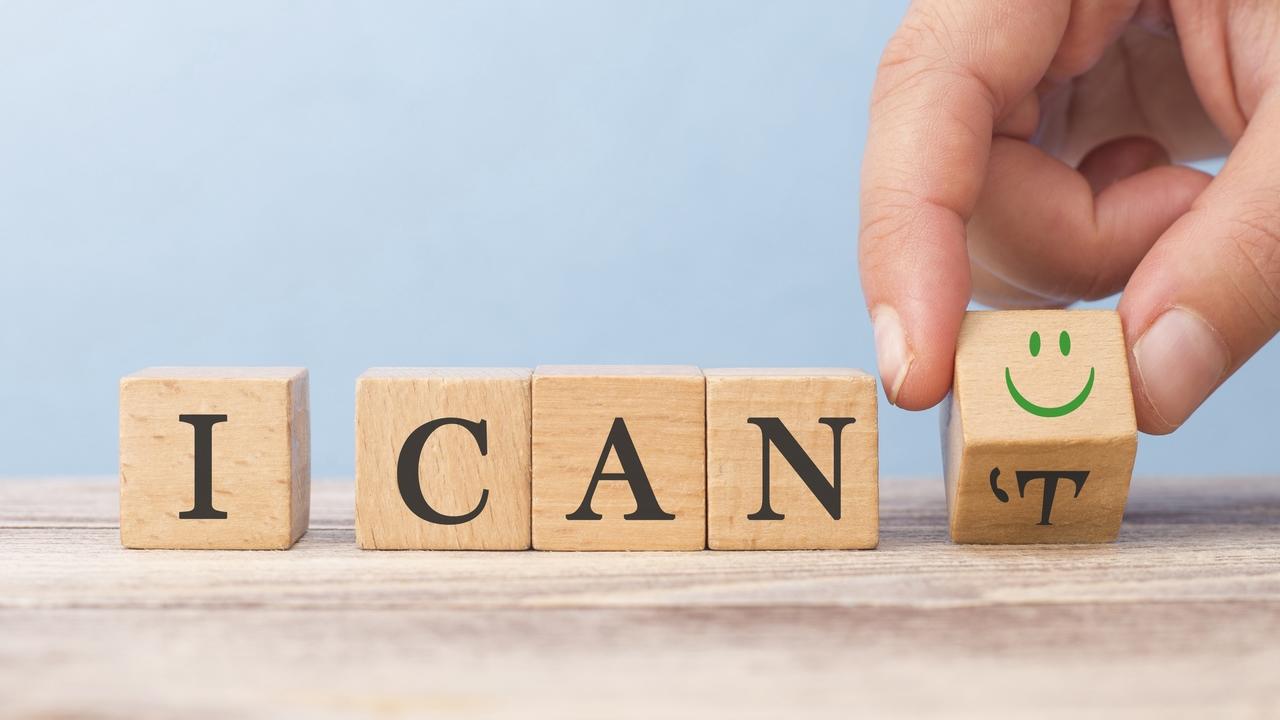 The news came one afternoon, an employee was announcing her pregnancy. But, due to her advancing condition, she could no longer commit to run the relay for the office team in the Frankfurt Marathon. It was up to me to find a replacement runner.

Looking down at my 10kg excess weight, a man who pays for a gym membership for the sauna, I was ill-prepared to run her 7km of the relay race. My self-awareness did not include the role of runner.

The limitations of self-awareness

Self-awareness, also known as our identity, is defined by our beliefs about ourselves. We hold beliefs about who we are, what we are and what we can and cannot do. We accept these beliefs to be truths, making them exceptionally powerful. They influence what we do, what we experience and what we learn.

Our beliefs do not only control our minds. They control our bodies. Our bodies react to reinforce our beliefs. If I believe that I am not a runner, I stop running after only 5km, legs aching, lungs starved of air. My inner voice receives confirmation that it is correct, and my running never improves.

Personal identity is so powerful that our subconscious will even take action that will do us harm just to reinforce those beliefs. We collect only the memories, experiences and references that support these supposed truths. For me, the collected “proof” that I was not a runner included coming last in races at school.

Change begins in the mind

So what happened when I, a non-runner, committed to running a relay marathon?

I learned a valuable lesson.

Change begins in the mind. Everything in the world around us began as a thought, the smartphone in your hand, the wedding you attended last week. Thoughts are the foundation of all change. Mastering a new challenge must also begin in the mind.

I decided to train. My thoughts became a desire to master the task at hand.

Following my thoughts, my behaviour changed. I trained. I was getting fitter, running longer, and my beliefs started to adapt. My new identity became stronger. “I am a short distance runner.”

We can all apply this to our everyday lives. To push our limits and progress from the level we are at, we must change our beliefs about our identity. If we can upgrade our beliefs, our actions will follow to reinforce these new beliefs, consciously and subconsciously. It is only this habit which separates us from the people we admire, the people we aspire to be like.

The day came. I ran the relay and more importantly, I enjoyed it. My identity had undergone a major upgrade, I was a person who liked running.

From being the guy in the sauna, I became the guy who organised the office relay team, even volunteering to run the longest stretch at 13km. Being surrounded by “real” marathon runners impressed me, and I began to think that one day I might be at the starting line amongst them. But that day felt a long way off, my belief still held me back, “I’m not a marathon runner.”

Identity is like a thermostat. Set it at the right temperature and it will regulate itself in both directions. To step up a level, you need to adjust your identity and your actions will regulate accordingly.

Adjusting my thermostat, I decided to run a half marathon and two years later I achieved my goal. I was a half-marathon runner.

Then, at a running seminar with legend Herbert Steffny, someone suggested running the Hamburg Marathon. This was out of my comfort zone. My limiting beliefs kicked in and I thought, “it’s not for me, I’m a half marathon runner.” I decided on the half instead, reinforcing my own identity.

Then, some bad news. The half marathon was fully booked. As Tony Robbins says, “It is in your moments of decision that your destiny is shaped.” My decision at that moment was to run the marathon.

This time I had already upgraded my sporting identity twice before. I had gone from non-runner to runner to half marathon runner and now I had seven months to upgrade again. I changed my beliefs and stuck to my gruelling training schedule, telling myself daily, “I am a marathon runner.”

What I was not prepared for, was that my fledgeling beliefs would be tested. I got so ill that I missed three weeks of training. The intense dissatisfaction of being a marathon runner that could not support his identity with training and good health hit me hard. So when I finally felt fit again, I overdid it with a 30km run followed by football in the park with my sons.

All that got me was two more weeks in bed, just a fortnight before the marathon. I felt unfit and ready to cancel the whole thing.

Once again, Tony Robbins came to mind, “Defy the odds.” Giving up doesn’t work, trust yourself to reach your goals. I trained without overdoing it, and as the big day approached, I was ready. But one more hurdle was sent to challenge me.

Race day dawned and far from the sunshine we had been promised, we were looking out on a cold, grey and very wet Hamburg.

Donning rubbish bags to keep dry, we were at the starting line, ready to defy the odds one last time.

It was going well, I had hit my stride and was feeling confident. But as I neared the 30km mark, the longest I had run in training, I started to meet my old mental limitations once again. As the 28th and 29th kilometres passed, I was slowing down. “I’m not a marathon runner,” my identity told me. “I can only run 30km.”

But then I realised, I had passed 30km and I was still running. It was possible that I was a marathon runner. A marathon runner that was enjoying himself! I glided past other participants and into the waiting arms of my family, triumphant and joyful. 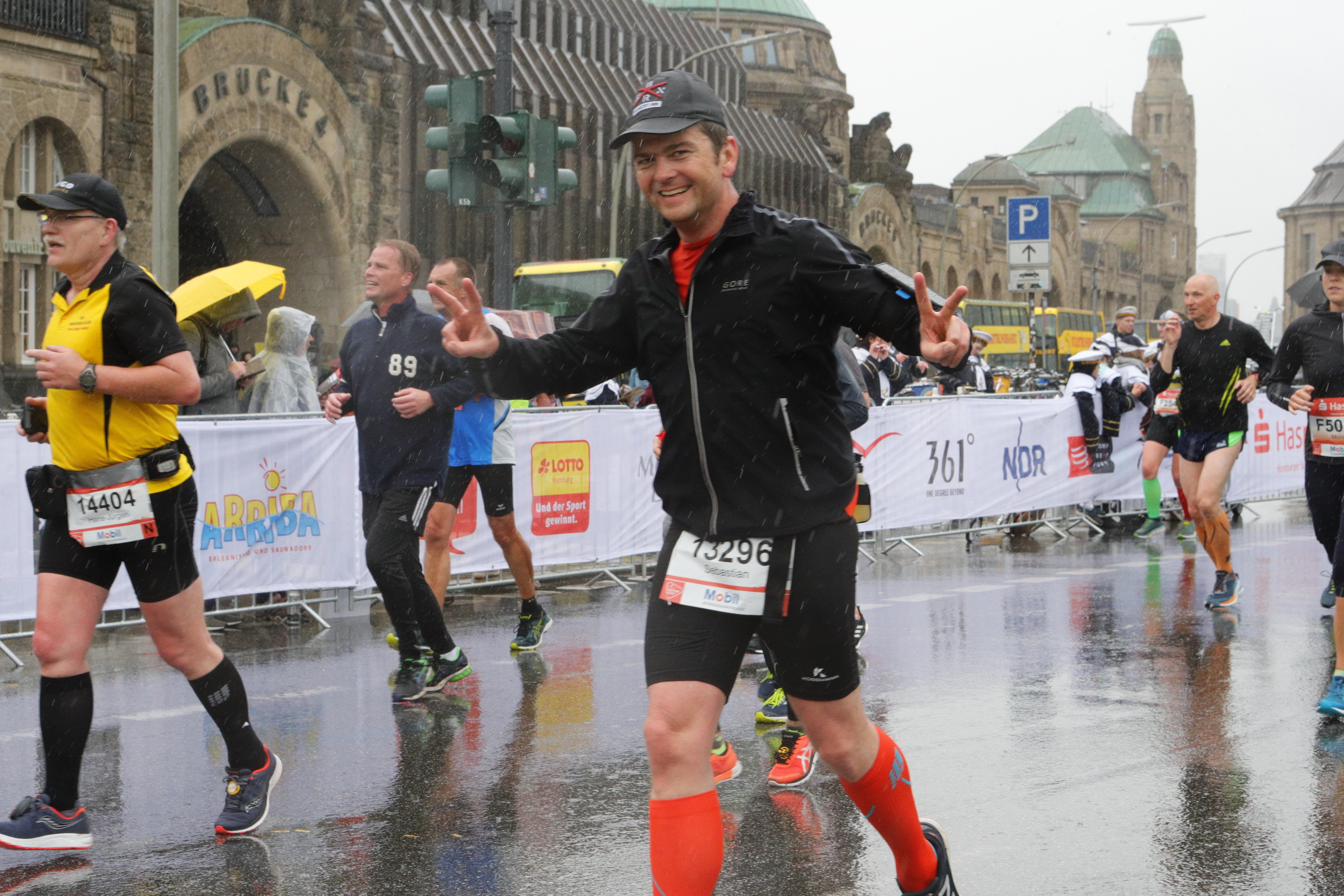 Harness the power of self-belief

Every day, our beliefs guide us, though we may not always be aware of it. Our beliefs define our self-perception and influence our conscious and subconscious actions. We will do anything we can to uphold these beliefs.

To achieve seemingly impossible goals, we must first think like a person who has the ability to achieve those goals. Think like a business leader, think like a marathon runner. By banishing our limiting beliefs, we alter our self-perception and therefore our actions.

The final lesson is to think big. Think as big as you can. If I had sat in the office that day when my pregnant colleague dropped out of the race and altered my self-perception to “marathon” runner” perhaps it wouldn’t have taken six years and several smaller mindset adjustments to achieve. Don’t allow your mindset to hold you back.

Take the first important steps in unleashing your new mindset, contact me today to discuss the goals and ambitions you want to make reality this year.

Sign up now to be the first to receive information when this goes live. You might also get a special discount when the time has come!

It's great to have you